Routes by car through the white villages of Málaga 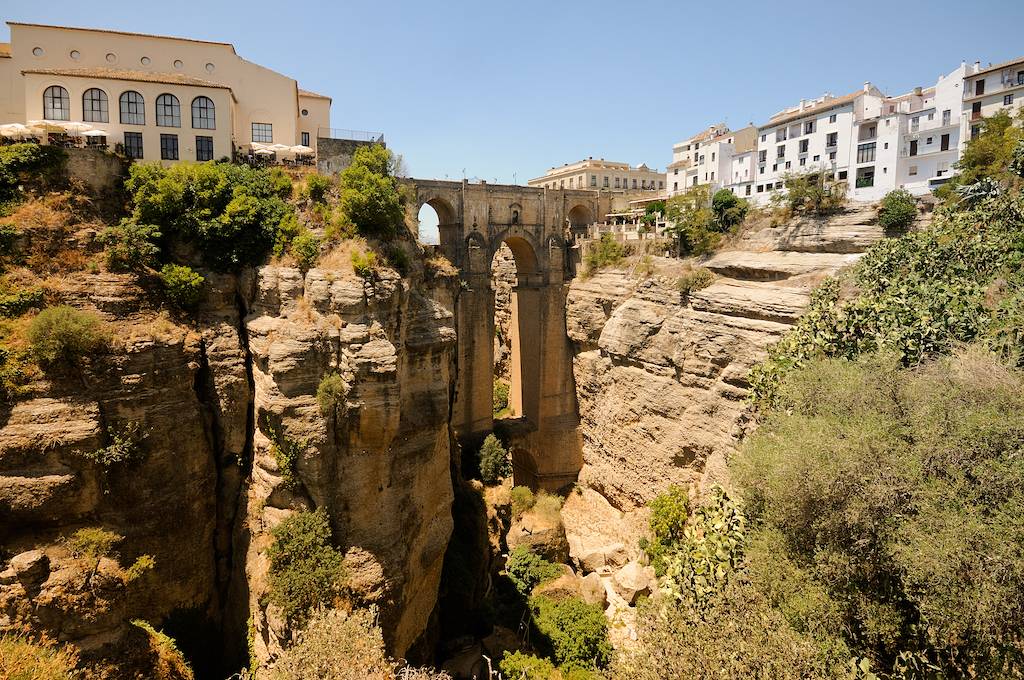 We present you the most interesting points so that you can choose the routes by car through the white villages of Malaga that you like or that are more convenient for you. Get the most out of your car rental in Malaga !. But before,

What are the white villages of Malaga?

This denomination refers to the characteristic color of its facades. Traditionally the exterior walls of the houses were painted with lime, whose color is white. The main reason for using "bleaching" lime is that it served as protection from the heat coming from the sun, because when painted in this way sunlight was reflected and homes did not absorb so much heat.

This characteristic has imprinted a unique identity in the towns of the Málaga area, which gives them a unique beauty. Whitewashed houses, narrow streets and their location, usually on a hilltop, are their most particular features, which as a whole present a light postcard, with the municipality contrasting with the blue sky.

As the public transport that connects them to each other is not very frequent, the most recommended way to visit these towns is by car. To make the most of the day and visit the towns that are due. If you do not have a car, we offer you a fleet of cars to rent in Malaga.

Below we detail the white villages inland that you could include in any route by car.

Routes by car through the white villages of Málaga

We start the route by car through Ronda.

The white village of Ronda has its origin in the ninth century and is located about 100 km from the capital of the province of Malaga.

It is one of the most known and visited towns in the province of Malaga. Becoming a very popular tourist destination and a must visit on a route by car through the white villages of Malaga.

It is a beautiful municipality bathed by the waters of the Guadalevín River that molds the gorges (more than 100 meters deep) that characterize Ronda. The river crosses one of the most emblematic monuments of the city, the New Bridge.

In addition, Ronda treasures one of the best preserved Arab baths in Andalusia and the bullring of Ronda, considered one of the oldest and most monumental in Spain.

The neighborhood of San Francisco is highly recommended, from which you can see the Puerta de Almocábar and the Arab wall that surrounded Ronda. In the neighborhood stands the Convent of San Francisco that gives its name to the neighborhood and the church, of Gothic-Mudejar style. This is just one of the architectural works offered by Ronda to its visitors but it has many other churches and museums, which we let you discover when you get out of your car to be impressed by this beautiful place.

As much for its landscapes, charm, monuments as for its history and culture, it is postulated as an indisputable visit within the white towns of Malaga that can be seen on a route by car through the towns of all Andalucia, with endless possibilities to enjoy.

Soon we will be expanding with more tourist attractions so you can choose how you like your route by car through the white villages of Malaga.